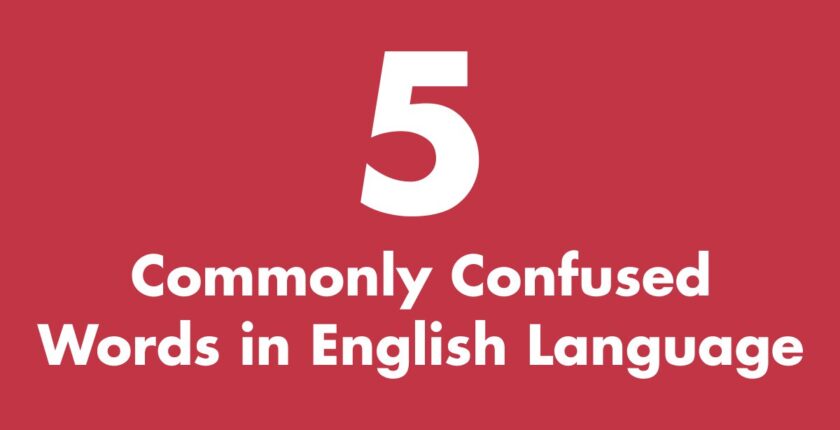 Sometimes, English words can be very confusing; especially when you don’t understand homographs and other words that sound alike. However, if you desire to ace your IELTS exam in one sitting, you have to master the commonly confused words in English language. This involves knowing their differences and knowing when to use which.

Since our goal is to ensure that you do well in your IELTS test, we’ve brought to you another knowledge to help increase your proficiency in English language.

So, go ahead and learn these commonly confused words in English language. There’s a high chance you’ve been using them wrongly too.

It must have happened to you. Perhaps you were writing something and then you got stuck. Should you use ‘lied’ or ‘lay’ as the past tense of ‘lie’?

So, you go ahead and ask Google and it tells you how to go about it.

That’s an easy way out. But hope you haven’t forgotten that you’ll have no access to Google on the day of your test?

That’s why you need to have grasp of the commonly confused words in English language so you can indeed make hay while the sun shines.

The word ‘lie’ is used to commonly mean any of these:

If the first meaning is your intention, then the past tense is ‘lay’ while the participle is ‘lain’. As in:

I lay on my bed while it rained.

But if the second meaning is your intention, then the past and past participle is ‘lied’. As in:

She lied against me.

However, if your intention is to mean:

Then the verb should be ‘lay’ whose past and past participle is ‘laid’. For example:

2. Awhile vs A While

‘A while’ is a noun meaning “for a short time”. When ‘while’ is used as the object of the preposition, you separate the ‘a’ from the ‘while’. For instance,

On the other hand, ‘awhile’ is an adverb which also means “for a short time”. However, you don’t use it with a preposition. As in:

‘Borrow’ means to receive (something) from somebody temporarily, expecting to return it. As in:

On the other hand, ‘lend’ means to allow to be used by someone temporarily, on condition that it or its equivalent will be returned. As in:

‘Advice’ is a noun that means an opinion recommended or offered, as worthy to be followed. For example:

On the other hand, ‘advise’ is a verb that means to give advice to. For example:

Furthermore, while ‘advice’ is pronounced with the ‘s’ sound, ‘advise’ has the ‘z’ sound.

On the other hand, ‘complement’ means “To complete, to bring to perfection, to make whole.” For example:

Having a thorough understanding of these commonly confused words in English language will help you hone your writing skills. And as such, you’ll be able to improve your IELTS writing score and achieve a high band score in general.